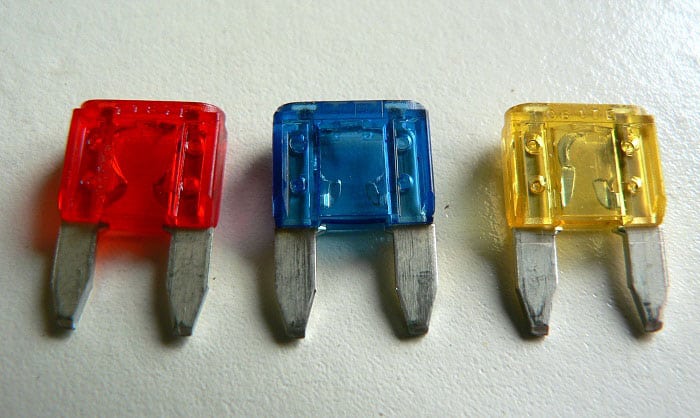 I’m going to say outright that once a fuse blows, the only way that properly and safely “fixes” a blown fuse in your house or appliance is a replacement. That’s what this guide on how to fix a blown fuse is all about.

I don’t subscribe to any of the outlandish “solutions” out there that use chewing gum wrappers. That being said, expect to learn how to change a fuse in a fuse box, appliance, and car with this tutorial. I’ve also included guidelines on how to prevent blown fuses as much as possible.

Have These Tools Available On-Hand Before Beginning 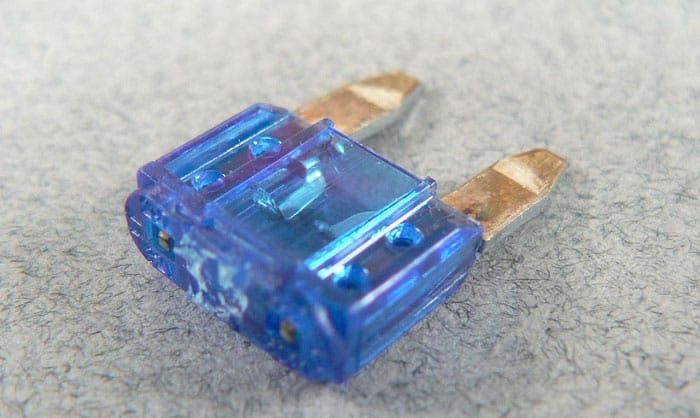 If your intention is to only replace the blown fuse, then grab these items:

I don’t have an alternative method since there’s no saving a blown fuse. The complete remedy is to figure out what caused it to trip then replace the blown fuse.

To me, as can be attested by many electricians, there’s no such thing as “fuse repair”. Fuses aren’t circuit breakers, after all. This is why I encourage most homeowners and business owners to be proactive in taking steps to make their circuits and entire electrical system safe and sound instead.

I also can’t stress the importance of having the right replacement fuse enough. Some people think it’s fine to replace a 10-amp fuse with a 20-amp, but in most cases, that amounts to no less than playing with fire — both literally and figuratively.

Remember: to be fully safe, replace a fuse with another that has the same, exact voltage and amperage rating. Please take the time to verify this information from the tripped fuse that you’re going to take out.

If you’re not sure of your skills and knowledge when doing electrical work, then I suggest you forgo doing this by yourself. Ultimately, this is always the safest route for anyone. It’s well worth shelling out money considering the possibility of incurring more damage as a result of wrong “fixes”.

Replacing a Fuse That Has Blown 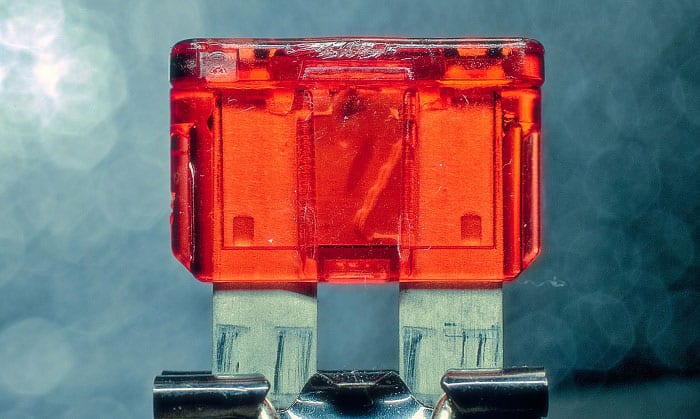 Let’s start with the most basic step: changing a fuse in a fuse box. From there, I’ll also share good video demonstrations of how to swap tripped fuses found in appliances and cars if those happen to be your problem.

Incidentally, most of these steps also apply to fuses found in most gadgets, electrical distribution systems, and even vehicles. The guide gives you a detailed overview of the process involved.

1. Locate and verify the tripped fuse.

Head to your home’s electric service panel. If you’re not aware of what it looks like, it’s typically a gray box installed in the garage or basement or next to an electric meter.

It’s important to confirm whether the fuse has blown or not. It could very well have just melted. If that’s the case, then head to the ‘Loose Connection’ section below to know a good solution for that. These are the tell-tale signs of a blown fuse:

What if you have multiple fuses? Then do a little testing. Find the exact areas of your house that no longer have a power supply. That should help you identify which fuse has blown already, assuming you’re familiar with your panel’s layout.

2. Unplug all the appliances in the house, locate the fuse box’s power supply, and put on your safety gear.

We want to lessen the electrical load as much as possible, so I suggest you unplug most appliances that you can turn off for now. Next, be sure to turn off the supply of electricity to the fuse box.

Even if you’ve killed the power, it’s better to be safe than sorry. Wear every essential gear you can wear, assuming you have all three I mentioned above. After all, what if someone accidentally starts up the power, not knowing you’re working on the fuse box?

3. Take out the damaged fuse, replace it, then test it out. 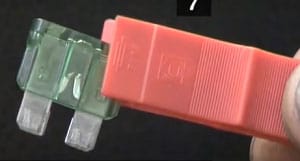 All it takes is pulling the broken fuse out. Since you’re wearing gloves, then hesitate to use your fingers. If you’re having trouble getting it out, I’ve found a pair of tweezers promptly solves this dilemma. Some fuses are screwed in place, so grab a screwdriver if that’s the case.

Once out, it’s all about replacing and testing it from here on. Assuming you bought the exact, same fuse, it should smoothly slide right in. Make sure there are no loose connections and it’s firmly set in place.

From here on, it’s all just a matter of testing the setup. The important thing is for the fuse to not blow again once you turn the power back on. If it does, you’ll likely need to dive deeper into what’s causing it.

Methods for Changing Fuses in Vehicles and Devices

I can safely say that this replacement procedure is no different from the ones involving fuse plugs and those integrated into various appliances and cars. These videos serve as solid proof of this.

For blown fuses in applications/appliances:

For broken fuses in cars:

If you followed the steps above and noticed that your fuse no longer trips, then chances are, it could have been an isolated overload problem or an issue with the fuse all along. However, keep in mind that this isn’t usually the case for most people.

More often than not, replacing the fuse only becomes a temporary fix since it blows again after a short period of time, if not the moment you let electricity flow in its circuits again. If this happens, you have no other choice but to solve the underlying problem.

Of course, I’m assuming you won’t settle for anything less than the best kind of remedy — and rightly so! Why? Because even if you keep replacing the damaged fuse, you’re only heightening the risk of long-term damage on your appliances and upping your risk of fire.

That shall be discussed in the following section.

How to Make Sure Your Electrical System is Safe and Sound?

While there’s no surefire way to keep fuses from blowing, that doesn’t give anyone an excuse to keep it from happening as long as possible. As in many problems we encounter in life, prevention is better when dealing with blown circuit breaker and fuse problems.

Circuit breakers and fuses also share the same issues in that regard. You don’t need to look further than the following causes of blown fuses to address problems related to constantly tripping fuses:

I’d say that these are what you should watch out for the most. Any electrical system that overloads and short circuits frequently is a telling sign that it’s not functioning properly in the first place.

I’d give the usual advice electricians provide to prevent these issues.

If you have the time, please learn your home’s total wattage capacity. I recommend you read this Spruce piece focusing on the said topic. 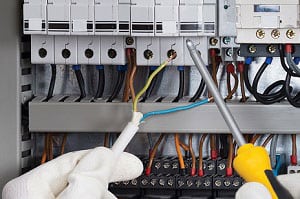 Did you know that there’s a big difference between a fuse that has blown and one that has melted? Don’t immediately assume you have a short circuit or overload problem if this is the case. Loose connections often cause this, especially if the fuse holder has a weak contact with the fuse.

The fix is simple: use high-quality fuse holders and make sure they solidly connect with the fuse.

If the integrated fuse keeps blowing every time you turn a particular appliance like a TV or microwave on, you may want to check if the power supply board is still functioning properly. If not, try replacing it and see if you’ll still encounter the problem.

How did you like my tutorial on how to fix a blown fuse? Stick to these guidelines, and I can guarantee you that you won’t be blowing your own fuse as a direct result of these problems popping back time and time again. I don’t depart from them because they are the best routes to take in most cases.