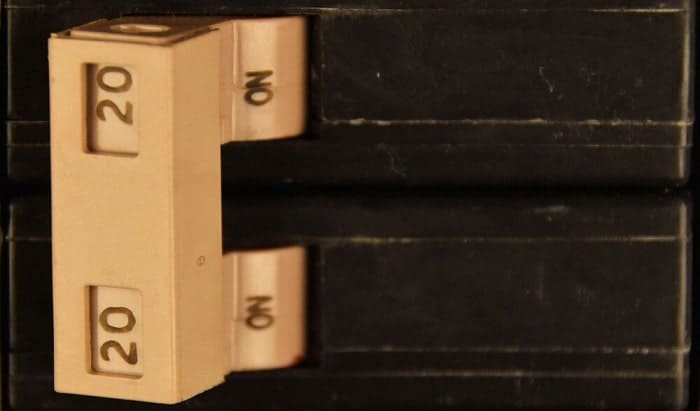 Are you planning to extend your lighting system on a 20-amp circuit breaker but worried about overloading? There’s a usual misunderstanding that it’s okay no matter how many light fixtures you install due to their minimal power consumption.

However, all things have their limit, so is the number of lights you want. That’s why you need to ask yourself — how many lights can be on a 20 amp circuit breaker.

50-watt lights work very well on a 20-ampere circuit because of their thousand-watt capacity. Nevertheless, there are still regulations you need to follow.

Amount of Watts a 20A Breaker Can Handle 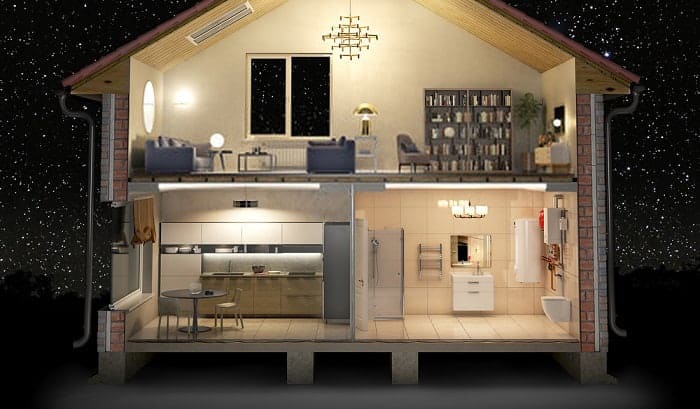 Whenever you want to run multiple devices on a single breaker, always consider the risk of overloading. Discovering the number of watts a breaker can handle is an essential part of this job and can help determine the maximum lights per circuit later on.

A good 20-amp breaker by 120 Volts conventional circuit (standard service) can carry out 2400 watts. With this watt capacity, you can install ten outlets within a circuit while minding the 80% limit rule set out by the National Electric Code (NEC) regulations.

Electricians leave a 20% safety margin to compensate for the appliances’ heavy start-ups that consume a lot of energy. You should only have 1920 watts flowing through your breaker to avoid constant breaker tripping or overheating for this said safety.

Now, since we’re talking about lights on a 20 amp breaker, you should not exceed more than 16 amps all at once just for the lighting system. Give space for other devices and receptacles, and learn how to limit your bulbs.

A standard 50-watt light consumes less than a half amperage on a 120-Volt circuit. With that fact, a 50-watt light on a 20-amp breaker can have a total of 38 lights on a circuit. Still, this depends on what type of bulb you are trying to use.

For other light wattages, simply divide the maximum continuous load of a 20-amp breaker, which is 1920 watts, to the designated amount of watts written on the light fixture. For example:

Same with other watts:

On the other hand, CFL or LED bulbs are one of the most power-saving lights you can have that give off the same brightness as an incandescent bulb with 60-watts. A good example is the SYLVANIA ECO LED A19 Light Bulb.

Areas Where You Can Distribute Your Lights

Putting light fixtures on a 20-amp breaker is completely fine, according to the regulations of NEC. However, circuits with large kitchen appliances, washers, and devices with a dedicated circuit are part of the code’s prohibition.

Don’t get me wrong on this one. You can still wire multiple lights on one circuit in a heavy-consuming area of the house, but with stricter conditions.

Let’s say your 20-amp breaker’s job is to handle the power load in your kitchen area. Of course, countertop and overhead lighting will run with other appliances, and just when you’re confident of turning it on all at once, BOOM, breaker trips.

You see, electrical codes in areas like the kitchen are different, that’s why some conventional 15 amp breaker is not advisable for the job. 15-amps are suitable for dishwasher circuits, but most appliances that need dedicated wiring require a 20-amp breaker size.

Anyway, light installation to other places in the house like the garage, bathroom, and bedrooms is the same. Avoid the circuits with a device dedicated to it (e.g., refrigerator and electric range).

You can distribute lights around the house as much as you want. Just remember and consider your light fixture’s watts with the maximum continuous load capacity of the breaker. 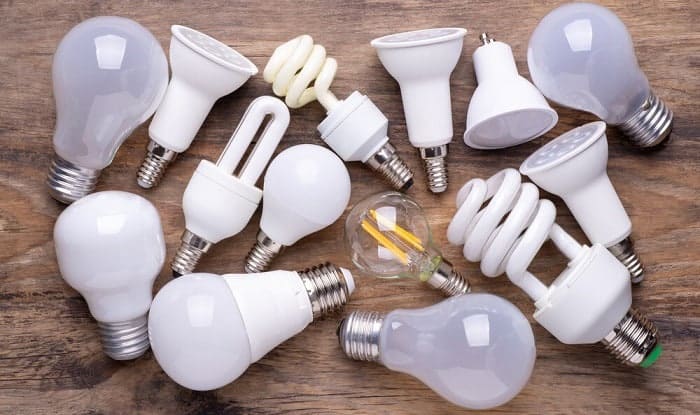 Taking good care of your 20-amp breaker is essential, for you’ll prevent worst-case scenarios of electrical hazards. On the other hand, circuits connected to your breaker are also significant for your breaker maintenance, especially when planning for your lights.

Technically, you can install 13 outlets or lights on a 20-amp CB, but you can only put ten lights per circuit due to the 80% rule of maximum continuous load.

Remember that these lights will be on the same circuit as other outlets for electrical devices, so be cautious when attaching appliances simultaneously with your lights.

If the situation is inconvenient for your part, you can lessen your lights between 5 to 7 if you plan to run more appliances on the same circuit.

Can You Put Lights and Receptacles Together on a Circuit?

Yes, lights and outlets can share the same circuit. Most traditional homes have an indoor distribution board as housing for circuit breakers. Today, a 15-amp circuit breaker, a standard for general lighting, can also provide appliances’ outlets.

Although the placement of lights and outlets on the same circuit seems fine, there are three factors concerning this matter:

Despite these few inconveniences, combining lights with outlets is no problem at all. Always keep in mind not to surpass the intended capacity of your circuits and circuit breaker.

Now that you know how many lights can be on a 20 amp circuit breaker, never take for granted how much your lights consume. Make precautions for high-wattage lights and watch out if ever you exceed more than 20 bulbs.

On the other hand, if you need a hundred bulbs on a 20-amp breaker, choose LED bulbs like SYLVANIA ECO LED A19 Light Bulb. CFL or LEDs have the same brightness as a 60-watt light, so this is the best I can recommend if you want to save efficiently.