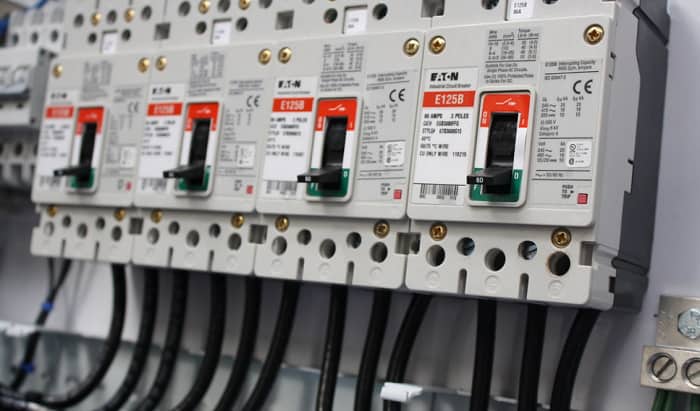 If you’re curious in particular as to “what is a molded case circuit breaker?”, know that it’s no different from a standard circuit breaker in terms of functionality. It’s still intended to protect an electrical circuit from possible damage from adverse events such as short circuits, ground faults, and overloads. It stands out best with its higher capacity compared to other breakers.

Looking for MCCB’s meaning? Well, it’s just an abbreviation of this type of breaker. There are various types of circuit breakers. That being said, you should not confuse a molded case breaker with a miniature circuit breaker (MCB) or other breakers for that matter. I’ll explain more in the following sections, so do read on.

The best molded case circuit breaker definition I can give is that it’s a more robust, capacious type of breaker. If some residential breakers are only rated for up to 100 amps, MCCBs can push that limit up to 2,500 amps.

Take note that these limitations vary in plenty of circuit breaker manufacturers. ABB molded case circuit breakers can handle up to 3,200 amps, for example, which is well above the industry norm.

That is why you’ll see these types of breakers being used more in commercial and industrial settings. Nonetheless, that doesn’t mean that its applications are limited to that. If you’ll ask many electricians, they’ll likely say that they tend to use MCCBs a lot in their projects.

Should a short circuit or an electrical overload happen, they’ll trip, protecting the circuit and the device connected to them from damage. In layman’s terms, that’s really all there is to it about their functionality.

Are you curious why they’re “molded cases”? Well, we have to go back in history to answer that. Circuit breakers were invented in 1904. Around two decades after that, the National Electric Code required breakers to have enclosed protection, so Westinghouse answered that call by inventing the first modern molded case circuit breaker a few years later.

As you can see, as far as most types of breakers go, MCCBs are pretty standard. However, did you know that there are different types of tripping mechanisms that certain MCCBs can do?

A lot of MCCBs are thermal-magnetic. With that in mind, you can expect them to have at least two distinct tripping mechanisms. They are as follows: 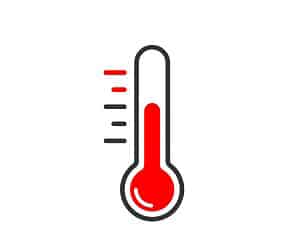 The trip from a thermal element is usually triggered by a low-level overload or ground fault. This usually pertains to inverse time: the higher heat and current, the faster it trips. Rightly so, a thermal-magnetic MCCB tends to be more sensitive to ambient temperature. 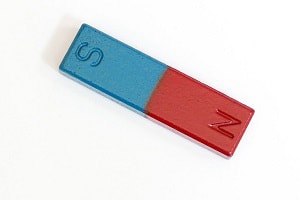 The magnetic, on the other hand, are often adjustable in larger breakers and trips instantaneously. With that said, it’s intended more for short circuits and ground faults, too. Its performance in the latter is especially remarkable since a 1.5 cycle for it to clear a fault. That roughly translates to 0.02 seconds!

Overall, the magnetic element feature of an MCCB is designed to trip once the current limit is reached without any delay. Since they tend to trip quickly, arc-flash levels tend to be low in MCCBs. Another downside arises from the tendency of such a feature to cause miscoordinations in any given circuit.

Furthermore, there are certain cases when we can never really be sure if an MCCB trip is thermal or magnetic in nature. We also need to go past the tripping mechanisms of these useful devices as a lot of them come with a manual ON/OFF switch, which is designed for maintenance or during certain emergencies when the electrical system is affected.

Have you seen what’s evidently unique about a molded circuit breaker? It’s essentially fulfilling the distinct protective roles of two elements in a single device. 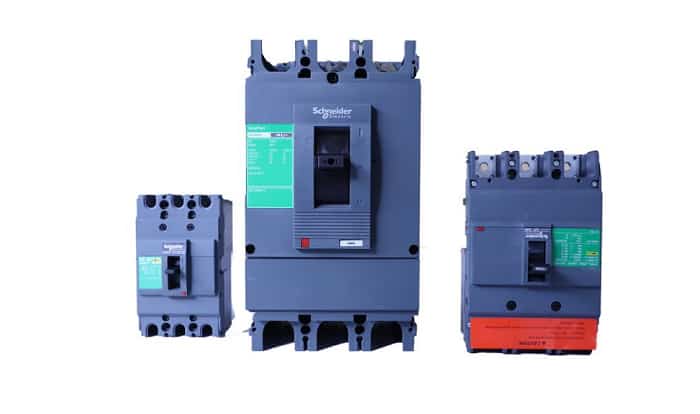 Manufacturers categorize MCCBs according to either their releases or tripping curves. Besides their amp rating, you will also be given a setting range of the case that’s also depicted in amperes. Other than that, you’ll also see their short circuit rating (measured in kilo amps) and know whether it’s standard or current limiting.

If we’re going to base the types of MCCBs on the tripping curve, we’ll get five distinct types. The higher the curve, the higher the sensitivity to inrush current and overload current. They’re as follows:

MCCBs can also be categorized based on their release mechanisms. We’ve already discussed one above, namely the thermal-magnetic options. However, did you know that there are two more MCCB variations? These are:

Microprocessor-based molded case breakers used to pale in comparison to their terminal-magnetic counterparts because of their wider adjustment range. Even so, recent versions of these types of MCCBs have evolved to the point that they can offer higher accuracy, flexibility, and reliability. 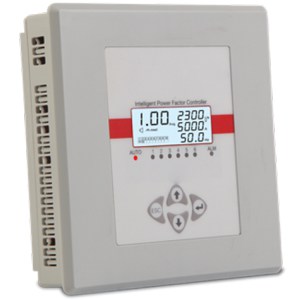 Most make good use of included tech to improve their functionality. For instance, some products even include an LCD display and a log of every trip that happened within the device’s integrated memory. It makes good use of this data to give people a better understanding of every fault or short circuit that it deters.

Electronic release MCCBs may protect against both overloads and short circuits, but a few options tend to only support the former. They’re often used for low-voltage circuits, but they can offer protection for up to 10x the current rating. What makes electronic molded circuit breakers a worthy pick is that they aren’t affected by ambient temperature.

You won’t have to worry too much about the regular maintenance of MCCBs since they’re designed with durability in mind. A visual checkup will do in most cases. Be sure to prevent any dust buildup on the surfaces. You can do this annually.

Incidentally, you can test MCCBs regularly, too. If you want a clear, complete guide on how to do this, please watch this video:

Molded case circuit breakers are low-maintenance and are known for their higher ampacity ratings, making them a great choice for circuits with heavy loads. However, the different types of MCCBs now available in the market ensure most people, industries, and enterprises will have suitable options to meet their electrical needs. Given the way they’re designed, these breakers more than deserve to be labeled as bonafide innovations.

When choosing the best one for your application, be sure to confirm the current rating it can handle.

Hope you find the answer for the question of “what is a molded case circuit breaker?”. If you need anything else, please let me know in the comment section!