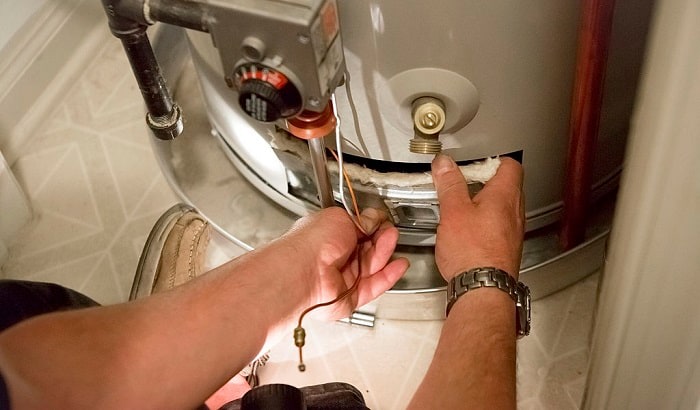 Are you experiencing cold showers lately? The issue in your water heating system won’t solve itself unless you learn why does your water heater keep tripping the breaker. You can check the water heater, the circuit breaker, or even the wirings in between them.

However, you will need to look deeper into the situation and determine the steps required to fix it. Just a tiny reminder, if you’re not an expert in fixing this electrical issue, a problem-check is enough, do not attempt to repair it.

So, what’s causing the problem? You need to know the different possible scenarios your heating system encounters. And because you’re experiencing constant breaker tripping, you should include all electrical factors involved in powering up the tank.

Your checklist should include the dedicated circuit breaker for your heating device, wirings connecting the breaker and heater, and the internals of the water heater. It’s essential to keep an eye on these factors as they are responsible for the malfunction.

1. The Water Heater Itself 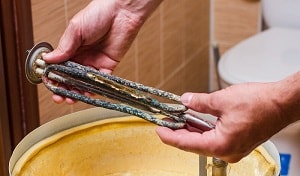 We’ll tackle first your hot water tank, the main suspect for this breakdown. If you have had this device for quite some time now, signs of wear-offs might already be evident. You may notice some rusts, whirring noises, and leaks every time it operates.

Because of the tank’s old age, expect a persistent water heater tripping breaker. On the other hand, even if you’ve bought a brand new heater, failure in the thermostat is never impossible.

The thermostat regulates the temperature of the water heating element. If the thermostat malfunctions, the heater may get hotter than 180 degrees, which causes the breaker to flip due to overload.

Next is the water heating element. As many people overlook these parts, they don’t notice much that rusts build up on their casings. As a result, the element’s casing cracks, exposing the electricals to water, leading to a short circuit.

Another thing to check is the overall wiring of the electric water heater. Wires tend to deteriorate over time, not to mention pests who chew the insulations. Handle damaged wires with extreme caution. Not only can short circuits happen, but the risk of electrocution as well.

2. A Short Circuit in The Wiring Lines

When we talk about wirings, it’s not only the water heater’s cables alone. Look out for the connections between the dedicated CB and the water tank. There are instances where they’re not adequately fished through the conduits/wire protectors, making them vulnerable to external conditions.

It is hard to determine where the short circuit comes from if you’re a DIYer and don’t have the right equipment for a fault search. Generally, wires are inside tight spaces that only mice can get through, so there are only two ways you can find the damage.

The first is by pulling all the cords out and checking them physically, and the second is by using special tools like a multimeter. Either way, damage found in a series of wires can be a good reason why an electric water heater keep tripping the breaker. 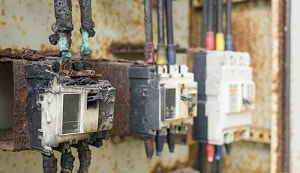 There are many ways a circuit breaker can reach its limits. Although this is the least examined whenever the water heater trips breaker, you should monitor its situation every once in a while.

Like other appliances or electrical devices, a breaker’s usability declines after years of continuous usage. According to the Consumer Product Safety Commission (CPSC), a CB should last for at least 30-40 years, depending on the consistency of voltages and power ratings.

Make sure you get the right size of breaker for your water heater. For example, if you have a 4500-Watt tank, installing a 25-amp breaker would be a bad idea because it won’t give space to adjust for the continuous load.

So, to avoid water heater breaker tripping, 30-amps are often the best to power the whole heater without causing a problem. On the flip side, if you use a breaker with a much higher amperage than what’s intended, it won’t detect any anomalies from your heating device.

Yes, it would be nice if the breaker never trips again, but you won’t enjoy it as much if your house is on fire due to the undetected overheating of wires. 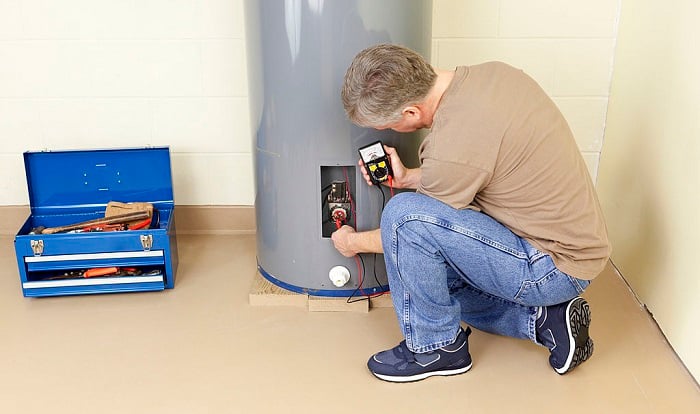 Now that I’ve mentioned the possible causes of this electrical problem, you’ll need to perform a troubleshoot to conclude which is the reason the hot water heater breaker tripped. These are some helpful steps for every detrimental aspect at hand:

Turn off the power source for the water heater and inspect the upper and lower thermostats and heating elements. Using a multimeter, check the wirings of the thermostat to see if it has any impedance (Ohmic resistance).

With an open thermostat, you should have a reading of 0 ohms, and if you have a closed thermostat, 0.5 to zero ohms is acceptable. Otherwise, you have a bad thermostat that needs replacement.

If the thermostats are good, proceed to remove wires from the two terminal screws of the water heating element. Set your multimeter to the continuity setting (with sound), then touch the screws with the two probes. If the multimeter didn’t beep, it means the element is faulty.

However, if it beeps, which is a good sign, do another step: put one probe to one terminal screw and the other to the tank itself. Then, with one probe still on the tank, put the other probe on the second terminal screw.

If the multimeter didn’t make a sound for both screws, your heating element is fine. Lastly, check if there’s any visible damage on the tank’s external.

What Can You Do to Fix the Issue

After you pinpoint the root of the problem, the next is component replacement or a wiring maintenance job. The best thing you can do is acquire the proper materials needed, but I highly discourage you from getting all the work done yourself.

Contact an electrician or your trusted plumber if the water heater circuit breaker keeps tripping. The worst thing we want to avoid is to miss other serious complications that we didn’t tackle in this tutorial, complications that only an expert contractor can resolve.

Altogether, the answer to your question “why does your water heater keep tripping the breaker” is simple: you either have a faulty breaker, a bad heating element, or damaged wiring.

With these anomalies, it is necessary for you to find out where the problem takes place. Is it the internals of the water heater? A short in the wrong lines? Or just the circuit breaker?

You can use a multimeter to assist you in your fault search, but ask for professional assistance when you proceed to repair and maintenance.