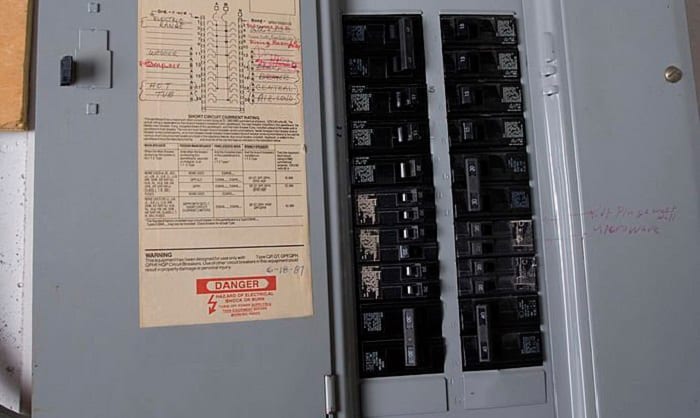 An AFCI circuit breaker installed in your electrical circuit will protect your family and property from an electrical fire. That is why you must understand what to do if the AFCI breaker on your circuit suddenly trips.

The most common cause of AFCI breaker tripping is device or appliance incompatibility. However, there are still various factors that might result in its faulty function. Continue reading this article to learn more about what causes your arc fault breaker keeps tripping and how you can prevent it.

An AFCI circuit breaker is a breaker with some extra features. It is intended to detect an arc fault somewhere in your circuit.

This type of breaker is capable of detecting dangerous arcs such as sparks or high-power discharges that could ignite a fire.

Depending on the state, the NEC requires the installation of AFCI breakers in various parts of the home’s electrical system. Unlike a GFCI breaker, which is usually installed in wet areas, an AFCI breaker is located in dry areas like bedrooms and living rooms.

You can learn more about AFCI breakers by watching this video on Best TV. He goes into detail about its features and how it works.

Why Does My Arc Fault Breaker Keep Tripping? 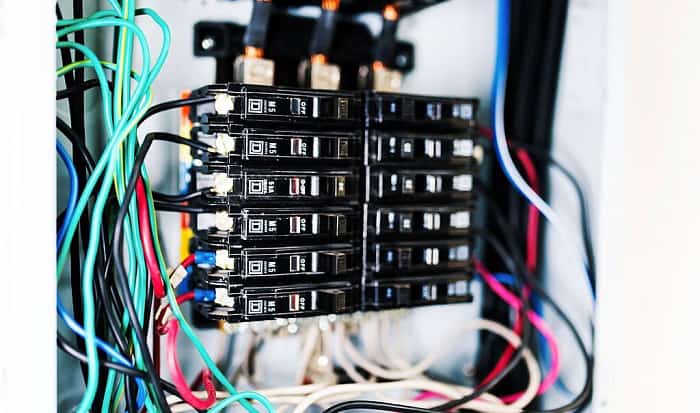 Due to the safety feature of this breaker, you may experience arc fault circuit breakers problems in your house.

There are times when you plug in some of your devices or appliances and your circuit breaker will trip.

Calling a professional electrician is an option, but it isn’t necessary, especially if you are on a tight budget.

To prevent unnecessary charges with your electrical circuit, you should know how to troubleshoot it.

Furthermore, discovering the possible cause of arc fault breaker tripping will keep your family and property safe from an electrical fire.

The most common cause of a tripping arc fault breaker is device incompatibility.

Some old appliances and devices are not compatible with the latest circuit breaker model made by Siemens, Square D, and more breaker manufacturers.

This AFCI breaker detects devices or appliances that create a certain arc pattern as a dangerous arc. These arcs are primarily present in many appliances such as microwaves, vacuums, printers, power tools, and even fluorescent lights.

Aside from compatibility issues of the devices with your circuit breaker, damaged devices can also be the reason for an arc breaker tripping. It means that the short circuit that came from your damaged device can also detect by an AFCI breaker.

Another reason your AFCI breaker trips at random is a mini-surge on your circuit.

The sparks that occur when you plug in your television and turn on your lights are an example of this mini-surge.

These sparks caused by rapid insertion or faulty devices may be detected as a dangerous fault and cause your lighting or tv tripping arc fault breaker. 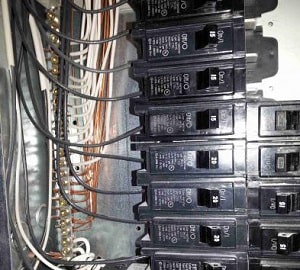 Additionally, plugging too many devices into one circuit can cause overheating in circuits and damage your electrical wire. Standard electrical wiring also has a limit on current flow and acceptable resistance. Anything more than its limit can melt the wire insulation or trip your circuit breaker.

Damaged electrical wiring caused by accidentally hitting with nails and animal bites may also cause your AFCI breaker to trip. Moreover, it is an electrical hazard that can cause a short circuit and sparks. The AFCI breaker will sense it and immediately trip to prevent it from resulting in an electrical fire.

Another wiring problem that can cause your AFCI breaker to trip is the poor or loose terminal connection. There is also a chance you have a loosened terminal when you can see a spark or arc fault light on breaker after performing a reset.

A loosened terminal can cause overheating of your circuit breaker or damage your electrical wires.

This is also the possible reason why your AFCI circuit breaker was tripping with led lights. Though it does not create a spark or abnormality in the current flow, it may have a loosened or poor connection. 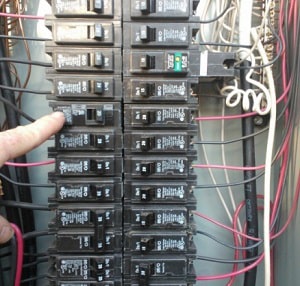 Though it rarely happens, a frequent tripping arc fault breaker might cause damage to itself.

Furthermore, there is also the possibility of your current AFCI breaker being outdated. Since 2002, there have been multiple times that the AFCI circuit breaker has been updated. This is also why it trips randomly or has a compatibility issue on some old devices.

The older model of AFCI breakers, such as the Square D or Eaton arc fault breaker, is only installed to particular rooms.

But starting from 2017, using an AFCI circuit breaker with an upgraded feature is suitable for most rooms.

Tips: Testing your AFCI breaker using its test button at least once a month will keep its life longer and working efficiently.

How to Fix AFCI Breaker Tripping? 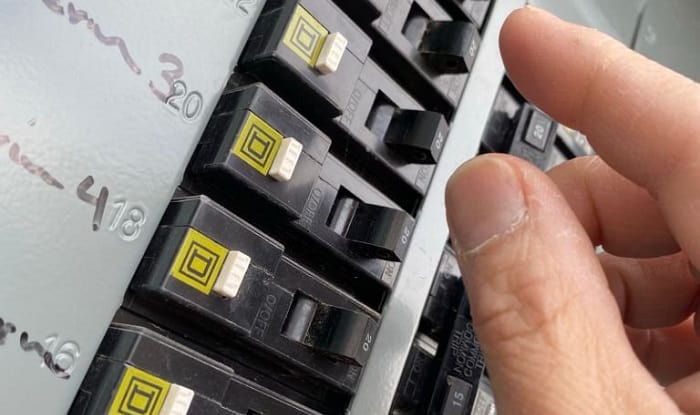 Identifying the causes of tripping your AFCI circuit breaker will help you know how to solve your electrical problem.

The best way to do this is to determine what exactly the problem is.

For a troubleshooting guide, it is hard to identify the cause of tripping with any load in the circuit.

Conducting a repair with the circuit line needs to be done by a professional. Usually, only professionals know the exact problem of an electrical circuit.

Additionally, working on a high voltage circuit is risky and can cause serious injury.

Identifying what causes your arc fault breaker keeps tripping will give you an idea of what to do when this problem comes. Moreover, knowing the situation and basic troubleshooting will help you know when to call a professional.

Simple knowledge of home electricals will help you save money and keep your family and properties safe from electrical problems.