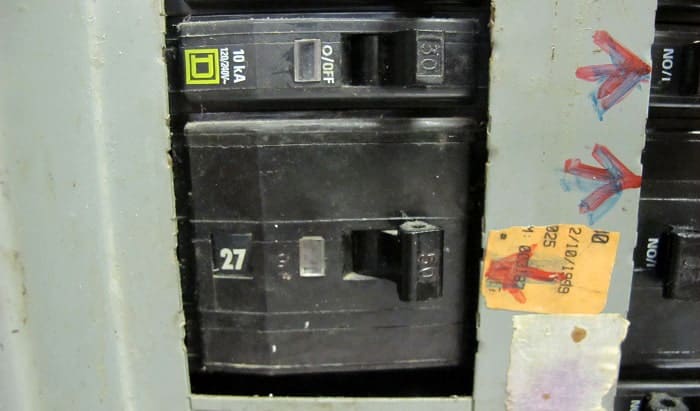 Do you plan to have a circuit breaker upgrade? Do you think a 50-amp breaker is the best for your overloading circuit? There are various breaker sizes you can choose from, depending on how hard you consume electricity on a daily basis.

However, you will learn today what is a 50 amp breaker used for and the specs this safety device has. A circuit breaker with 50 amps is enough to handle the typical kitchen appliances, but there are other further functions for this CB you’ll need to know.

What is a 50 Amp Breaker Used for 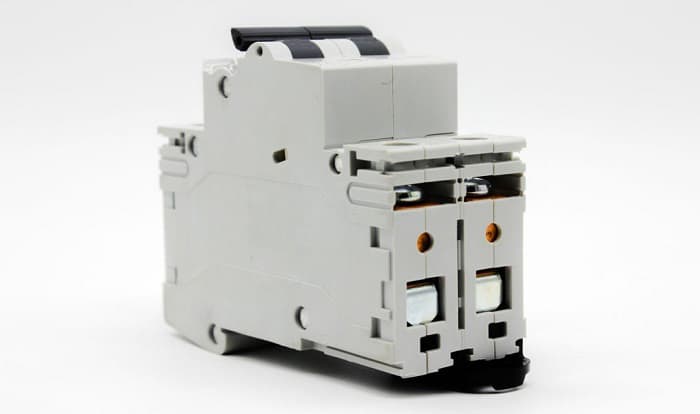 A double-pole 50A breaker commonly serves its purpose for those big appliances that pull an immense amount of electrical load. It can supply 240V or 120/240V to a circuit. Meanwhile, a single-pole breaker can supply one circuit with 120V.

Power-hungry appliances usually demand 240 volts of electricity. An electric range, for example, can work with a 50-amp breaker with no problem. If it can manage that much current flow, of course, it can take a typical kitchen area.

Fifty amp breakers, in general, are power providers for multiple devices—from RVs to washer/dryers. This breaker has a wide range of amperage draw that lets multiple circuits run at the same time.

This breaker size is perfect for carrying loads of a single area in a typical household. However, always consider how many devices are running on different outlets, and follow the National Electric Code (NEC) regulations of consuming just 80% of the total capacity of the breaker.

The best example of a 50-amp circuit breaker is the Square D Homeline HOM250 Circuit Breaker. However, make sure that your breaker matches the brand of your panel, so consider the breaker manufacturer as well.

Number of Outlets I Can Put in a 50-Amp Breaker 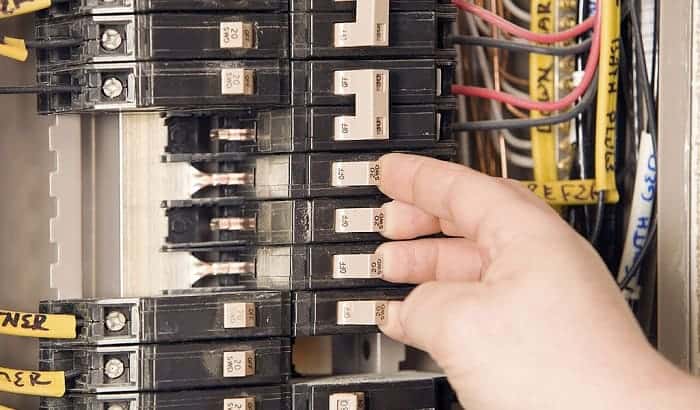 You may consider a 50-amp breaker one of the large amperage types of breaker, but this bad boy still has its limits. When these limits don’t get met, there’s a chance that it cannot protect you from electrical hazards or, worse, start a fire because of overloading.

When we talk about outlets, you’ll maybe think that you can put as many as you like for one 50-amp circuit breaker, but that’s where most homeowners fail.

The power draw of multiple outlets can breach the limits of your breaker. To manage this problem, remember the 80% limit rule, taking 80% of your 50-amp breaker’s rating, which is 40-amps.

A 50-amp breaker designated to serve the busiest part of the house needs to have wiring that could match the breaker itself. Your wire should meet the American Wiring Gauge (AWG) standards.

For aluminum wires on 50-amps, the wire gauge requirement is four. On the other hand, copper wires for 50-amps have a minimum wire gauge of 6. Using a larger wire gauge than the AWG suggests is good, but these correct sizes are enough to avoid pulling too much current.

If you are planning an increase in energy usage at your home, refer to a professional electrician before making changes regarding breakers and wires.

Avoid using an incorrect gauge, for it can cause a precarious situation when an appliance tries to draw more current from the circuit than the wiring gauge can handle. If the breaker did not trip when an overheating occurs, the wiring insulation might ignite.

Amount of Watts a 50-Amp Breaker Can Handle

A 50-amp breaker can run appliances like ovens, hairdryers, air conditioners, and multiple lights simultaneously while (possibly) still sparing power. The reason for this breaker’s capacity is because it can hold up to 12,000 watts running on a 240-volt circuit (50-amps x 240-volts).

One useful tip is to consider installing a 50A pedestal outlet outside your house if you own an RV. That way, whenever you park the RV beside your home, you can still power everything in your vehicle.

Because of the factors stated above, a 50-amp CB is perfectly suitable for home use. However, with the fast upgrades of appliances today, many households already use a 100-amp circuit breaker for circuits and wires with higher electrical loads.

How was the article? I hope that after reading this, you already know what is a 50 amp breaker used for. This circuit breaker is the type of breaker trusted to carry a vast amount of current flow usable for a wide array of devices.

Appliances like hairdryers to air conditioners can run perfectly fine on this breaker size. It’s a formidable breaker, but following the NEC guidelines is the only way to safely maximize its function.

The Square D Homeline HOM250 Circuit Breaker is an excellent example of a 50-amp circuit breaker.