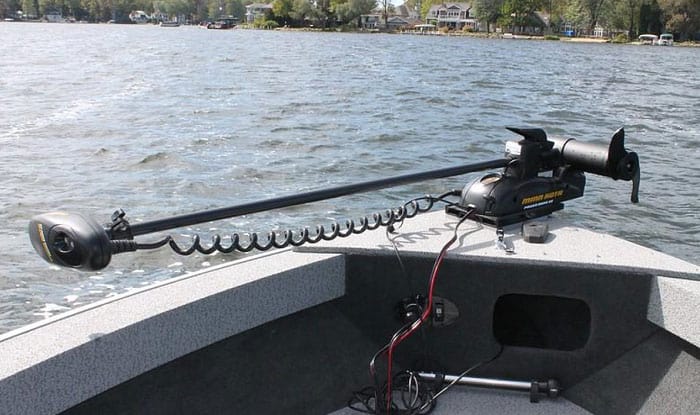 More than a handful of boat owners have asked the question, “what size circuit breaker for 12V trolling motor?” over the years, and the best answer is that it can either be 50-amp or 60-amp. What you should choose between the two largely depends on:

Moreover, if the brand, via its manual, makes an exact recommendation, then it’s better to follow it. Allow me to explain this topic to you better by reading the more detailed information I shared below. 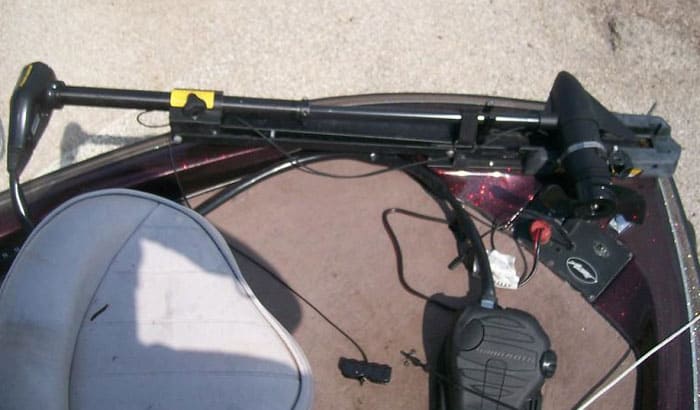 While I said that the two factors I mentioned above should be what you should mostly consider when determining the trolling motor circuit breaker, that’s not to say that they’re the only ones that will affect your boat’s performance. Chances are, you will need to look at:

As for the weight element, know that this too tends to be directly proportional to the amperage capacity of a trolling motor breaker. In general, if the trolling motor weighs between 30 to 45 pounds, it’s best to opt for a 50-amp breaker, and those that top at 50 to 55 pounds tend to perform better when paired with a 60-amp one.

With regards to the length of the wire you’ll be using, I’d say it only becomes an issue if the running length is too long. That’s rarely the case in most boats. But if this is what you’re dealing with, you’ll have to factor in the resistance that results from the said length.

If that’s the case, you may have to choose a larger MotorGuide trolling motor circuit breaker.

Are There Cases When It’s Better to Choose a Higher-Capacity 60-Amp Motor for Any 12V Trolling Motor? 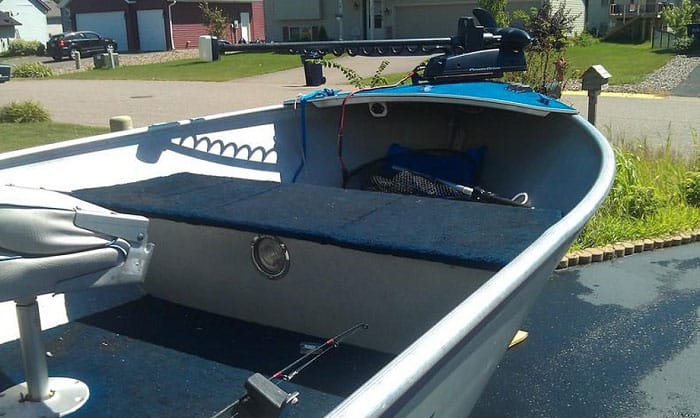 There may be other instances when you’ll need to upgrade from a 50-amp breaker to a 60-amp one. I can say as much if the original recommendation is the former, but it’s actually tripping or overheating more often. Some boats may run fine, but once you ride them for long periods, the breaker overheats and trips.

In such cases, it may be better to up the capacity of the breaker to allow it to provide a buffer for any excess load that may build up as you’re riding. You can confirm whether this is the most suitable step to take by contacting the motor’s manufacturer first.

I’ve known many boat owners who have had issues with their breakers quickly overheating because it turned out that they’ve been using the wrong wire gauge all along. Some even encounter the common consequence of using a wire that can’t handle the motor’s draw. More often than not, these lead to the fuses overheating, which, in turn, melts the insulation and renders the breaker useless.

If you end up with the wrong combination of breaker and wire, you’ll most likely have to rewire and replace the breaker. Of course, that only means more unnecessary expenses.

Always keep in mind that you’ll need an 8-gauge wire for a 50-amp trolling motor and a 6-gauge one for its 60-amp counterpart. I can say the same if you’re wiring a fuse for a 12V trolling motor, which, incidentally, is almost always more economical than a breaker.

Want to learn how to wire your own Minn Kota trolling motor circuit breaker? If yes, I suggest you watch this detailed video about it:

The guide says 24V, but it’s still applicable to most trolling motors regardless of its voltage.

To sum up this article on what size circuit breaker for 12v trolling motor, if you’re using a 12V trolling motor, choose between a 50-amp or 60-amp breaker. Selecting the more capacious breaker won’t hurt if you’re encountering issues with your current setup. I’d also recommend you stick to the following steps when deciding: