Circuit breakers come in different sizes, ratings, and types. All of them, however, have one thing in common—protecting your home electricals. They quickly trip whenever a damaging electrical fault occurs and for this reason, you might even ask yourself, “How many times can a breaker trip before needing replacement?”

The answer might depend on the reason why the device shut down. Reading this article will give you a more detailed explanation and information on identifying bad circuit breakers.

How Many Times Does a Circuit Breaker Trip Before It Requires Replacement? 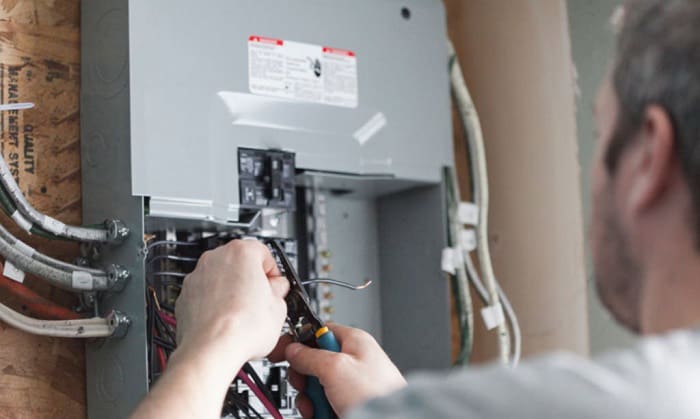 According to UL 489 regulations, the Miniature Circuit Breaker (MCB) or the typical circuit breaker in most homes and commercial electrical systems can last up to 10,000 operations. Hence, repeated tripping is unlikely to ruin such a device, at least not before long.

The issue that can potentially harm the breaker is the reason for tripping. A circuit overload and a short circuit are the two most common reasons for a circuit breaker to flip.

When examining its capability, a circuit breaker can last up to 50 operations during circuit overloads and shorts. Furthermore, product testing also states that the examination uses 600% of the breakers’ normal current rating.

This means that standard circuit breakers will still be operational after more than a few overload occurrences. However, high current ratings like those used in the test is unlikely to happen in real life.

Another problem that breakers protect against is an arc fault. This fault happens when electrical wiring is damaged, usually due to loose connections or corrosion.

Though these arc faults are unlikely to cause harm to your circuit breaker, they should be addressed as soon as possible before they get worse.

If a circuit breaker trips randomly after you perform a reset, it signifies that the electrical problem is still present.

That is why it is a good habit to check the causes of tripping before resetting the breaker. This way, you can identify the problem in the line or the circuit breaker. Furthermore, resetting a circuit breaker without addressing the issue might damage your electrical system or electrocution.

This video by Flanel Guy DIY will help you understand why circuit breakers trip. 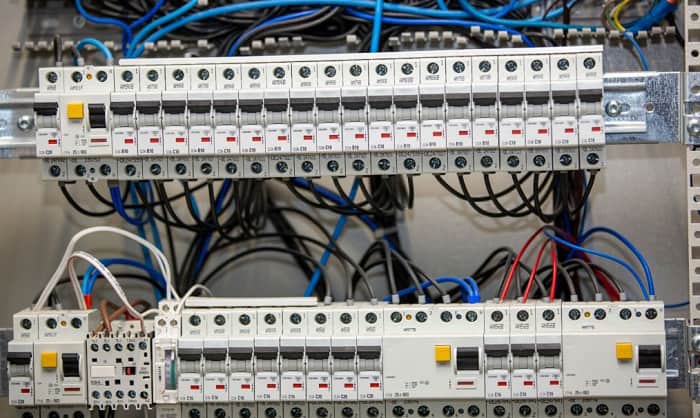 Generally speaking, no one can predict when a circuit breaker will go bad, since some electrical setups have more faults than others, but a breaker will start malfunctioning after it has reached its average lifespan.

Normally, the longevity of a standard circuit breaker is up to 40 years, according to the Consumer Product Safety Commission or CPSC.

On the other hand, other types of circuit breakers such as AFCI, GFCI, and CAFCI can only last up to 20 years. This is because these types have a built-in sensor inside, which usually fails as time passes.

If you wonder, “do circuit breakers get weak after trippings and resetting multiple times?”, the answer is yes. So, if this is your experience with these devices, you might replace your circuit breaker soon.

Luckily, there are several signs of a bad circuit breaker that needs a replacement. These signs are:

If some of these signs appear at your place, it is good to consider troubleshooting your electrical system.

Calling professionals like Max home inspections is also worth considering, especially if you don’t know much about breakers. This is important in terms of safety, especially if the problem occurs with your main panel.

There may be an internal problem if you see the main breaker tripping before branch circuit. Don’t try to reset the device as it may result in more significant problems.

How Many Times Can You Reset a Circuit Breaker Aviation?

One of the most critical parts of an aircraft is its electrical system. Some essential parts such as the airspeed indicator, compass, display, navigation, communication systems, gyroscopic pitch, and clock depend on it.

When an electrical problem occurs in a flight, it is not a good idea to reset the circuit breaker, as doing so may result in fires.

However, most aircraft guidelines advise that a plane’s circuit breaker may be reset once, when doing so is necessary for a safe flight operation.

Understanding the causes of tripping and signs of a damaged circuit breaker will help you with your troubleshooting. Furthermore, this will also give you an idea of what and when a circuit breaker replacement is needed.

Do you still have a question in your mind aside from how many times can a breaker trip? You can ask them by writing in the comments section below.