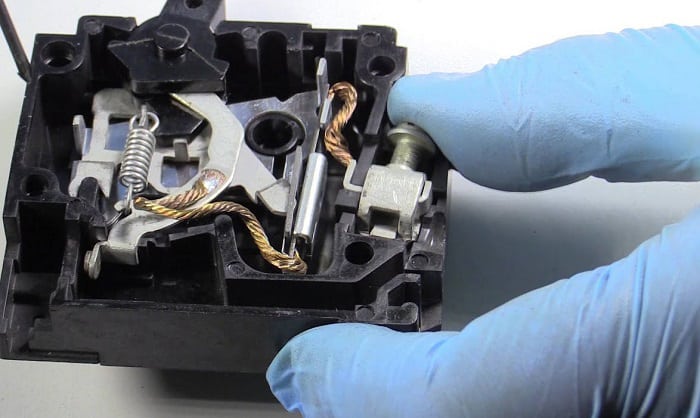 There are silver contacts in breakers; however, the amount of silver is not as much as you would think, as breakers mostly have copper components in them. The percentage of silver in electrical contacts isn’t 100%. Furthermore, the purity of silver in old circuit breakers is around 70-90%.

But if you want to know how much silver you can get from a standard circuit breaker, read on and find out.

How Much Silver Does a Home Breaker Have 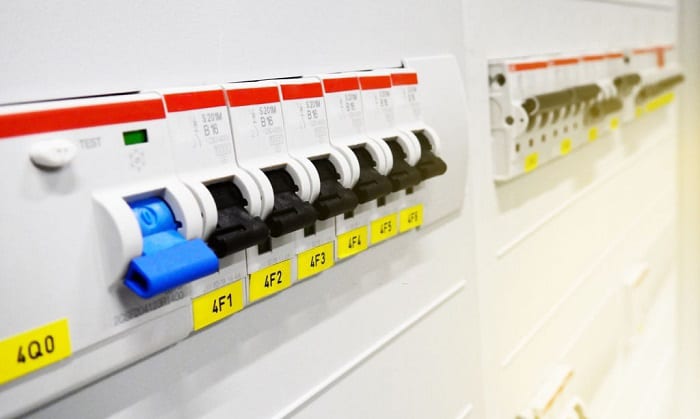 For an average double-pole circuit breaker, the scrap metal inside may cost $0.20 to $0.40. The silver you get is more or less just around one gram. However, this value is primarily for standard circuit breakers—and the estimated cash amount you can earn per breaker will vary from scrapyard to scrapyard.

But if you want to know how much silver is inside a breaker exactly, you can do so. Just break it apart and separate the different metal parts you’ll find inside. You can use a hand drill or hammer to break it—but do it carefully! The metal and hard plastic pieces of the breaker can fly apart when you strike it, so always wear your personal protective equipment.

Once you’ve separated the breaker into pieces, use a strong magnet to get its metal parts.

However, while copper is easy to identify with its unique color, you have to learn how to distinguish the silver pieces from the aluminum parts of the breaker.

You may have to use a torch to heat and soften the silver pieces attached to the contacts. Use two pairs of pliers to hold both, and once they’re soft enough, you can pull them apart. Once they’re separated, you can now weigh them to find how much silver you’ve harvested from the old breaker.

If you want to sell the parts of your old breaker to a scrapyard, you might have to do this since most do not accept or buy breakers. That’s because circuit breakers do not have much scrap value.

Watch this video by Rob The Plumber to see how he tears down a circuit breaker and separates its parts for scrap. He will also go into a deeper explanation of the color differences between silver and other metals.

However, before hammering away at your old breaker, ensure that it’s genuinely broken. Functional circuit breakers, even used ones, are worth more. And even if it has minor damage, you can sell it to or have it repaired by electronic equipment refurbishers.

Knowing how much silver is in a circuit breaker will tell you whether your broken circuit breaker may have value. Furthermore, you now know that you can either harvest silver and other metals from your breaker or bring it to a refurbishing company to give it a new lease on life.

Now that you know the amount of silver inside a circuit breaker, do you think it is worth the effort to scrap your old, damaged breaker? Share your thoughts in the comments below!