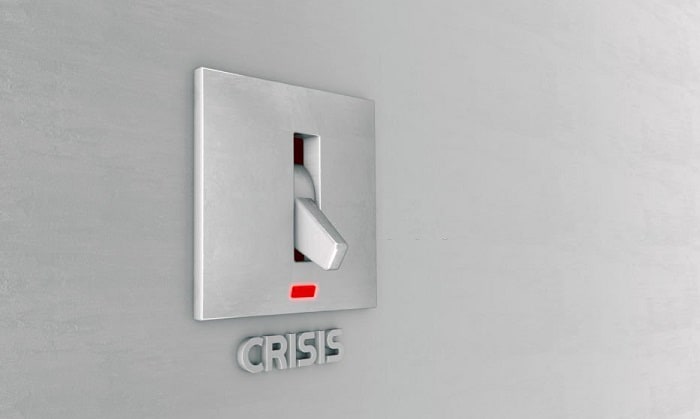 Circuit breakers are integral electrical components in our homes. They protect our household from any untoward electrical-related accidents happening. Because of this, it is an indispensable instrument to have in every building.

A red light typically signifies that a breaker has tripped. Though this is the gist, there are multiple nuances in a circuit breaker blinking red. 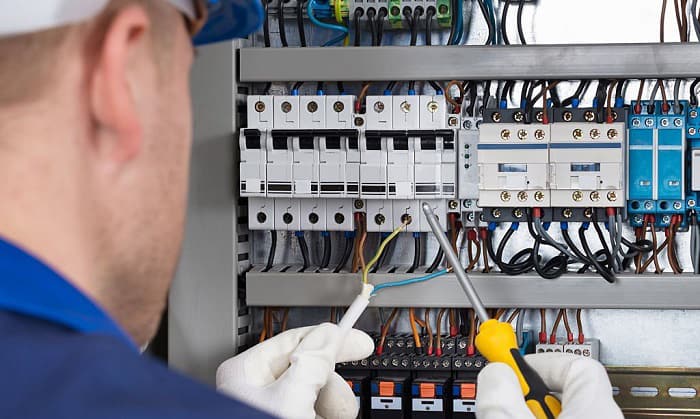 When circuit breakers detect irregular electrical flow from circuits, they tend to trip. Aside from that, some circuit breakers also convey a red light signal when an inconsistent flow of electricity is diagnosed. 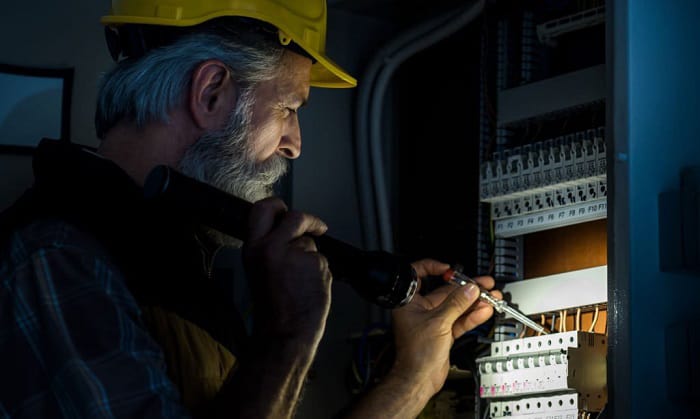 To check if your circuit breaker is still serviceable, you can try to reset it to its original position. To do this, I had outlined the following steps for easier comprehension. 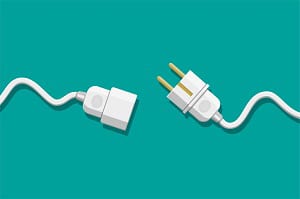 Before proceeding with tampering and probing your tripped circuit breaker, I highly advise that you inspect the unit. This step helps you ensure whether the breaker is safe to touch and test.

On the other hand, a common cause for breakers to trip is faulty electrical connections. To determine if a faulty connection is causing your breaker to trip, you can try turning off all the appliances connected to the breaker in question. After that, reset the said breaker. If it still trips, then you may have a faulty connection at hand.

As you can see, there are many reasons why a circuit breaker might trip. In this regard, inspecting is to prevent extensive damage from transpiring in the first place. 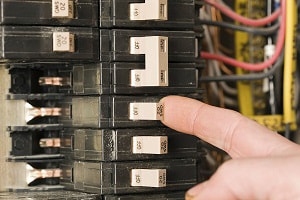 Now is the time to try and reset the circuit breaker itself. Don’t worry; resetting the breaker to its original form is not that complicated.

Step 3: Get the switch to the on position 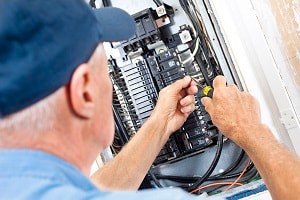 Directly turn the breaker’s switch to its ‘on’position after the previous step. After this step, your circuit breaker should reset nominally, with the red light issue fixed.

Should the red light return, now is the time to remove the black wire connecting the breaker to the circuit. To do this, get a straight-tipped screwdriver and unfasten the screw holding the said wire in place.

However, if the tripping and the red light problem still persist, it may be time to try and do the steps that I have outlined below: 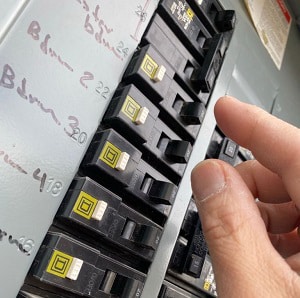 Should the red light return, now is the time to remove the black wire connecting the breaker to the circuit. To do this, get a straight-tipped screwdriver and unfasten the screw holding the said wire in place.

After removing the black wire connecting to the breaker, do the entirety of the process from the top. Should the circuit breaker remain to trip after disconnecting it from the wire, it only means one thing: that the breaker is faulty and requires replacement as soon as possible.

Another possible scenario is that the circuit itself is faulty and compromises the integrity of the circuit breaker that’s flashing with a red light. To diagnose the issue, follow the instructions below: 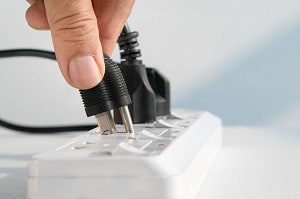 Remove all the appliances connected to the circuit that’s been tripping. This is because the issue may lie in a certain appliance overloading the circuit breaker’s capacity.

If you want to be particular, you can test each appliance one by one to determine which is causing the tripping and red light issue. 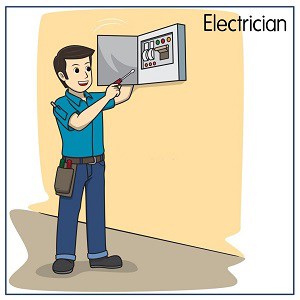 Connect the black wire once again to the circuit breaker. Reset the switch back into place. Suppose the circuit breaker stays red after disconnecting all the appliances from their outlets. In that case, the problem is on the electrical circuitry itself.

Immediately contact a trained electrician to deal with the problem. Trust me; you wouldn’t like to prolong an issue in your electrical circuitry as it could cause unmitigated electrical accidents in your home.

What Other Circuit Breaker Lights Mean

As circuit breakers with a light instrument are relatively new innovations to the products, knowing ‘what does a red light on circuit breaker mean?’ can help.

Particularly, knowing the meaning behind the color of a breaker tripping could spare you the time and effort that could be wasted toying around your faulty breaker.

Hopefully, I have produced an informative article for your peruse. Don’t hesitate to reach out and comment below should you have any clarifications regarding this article. Once again, thanks for reading! 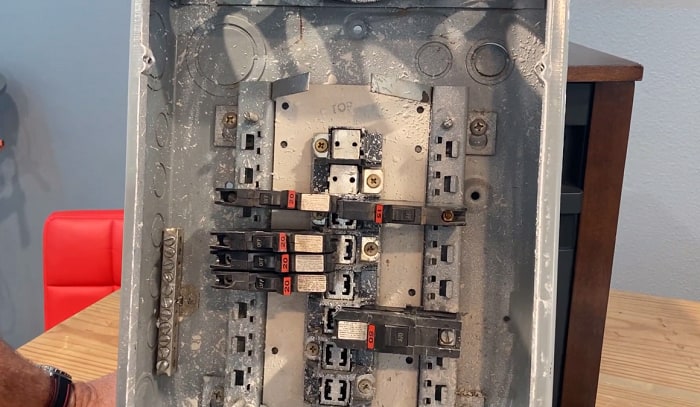 Will a Federal Pacific Panel Pass Inspection? Why It Cannot Pass?

Will a federal pacific panel pass inspection? There is no way that this type of breaker panel will pass through electrical inspection. It is because of many proven bad records, … 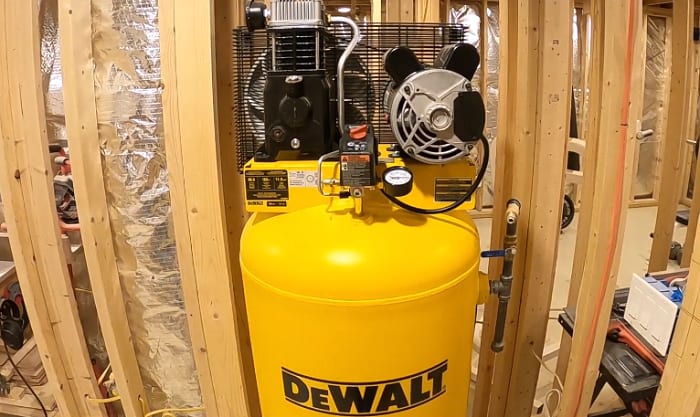 What Size Breaker for 3.7 Hp Air Compressor & Its Computation

Installing a dedicated circuit for your air compressor is a good idea, especially if you always use it. However, it brings to question, “What size breaker for 3.7 hp air … 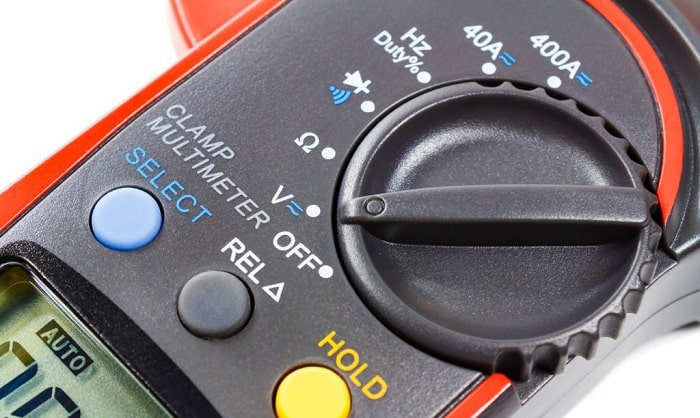 How to Measure Amps on 240v Circuit in 4 Simple Steps

For a house to function and be comfortably liveable, it must have the following: plumbing and electrical setups. However, for the focus of our article, we’ll pay closer attention to … 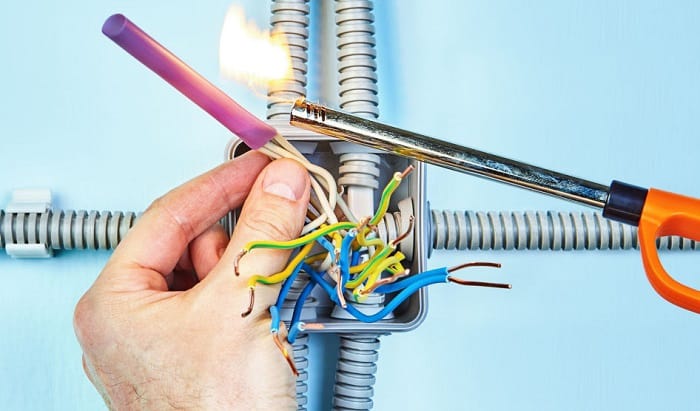 The Best Heat Shrink Tubings to Protect Your Wiring

I’ve tried to achieve a tidy connection and a well-organized electrical system using electrical tapes and cable ties. However, I find that these are not enough to accomplish the neatness … 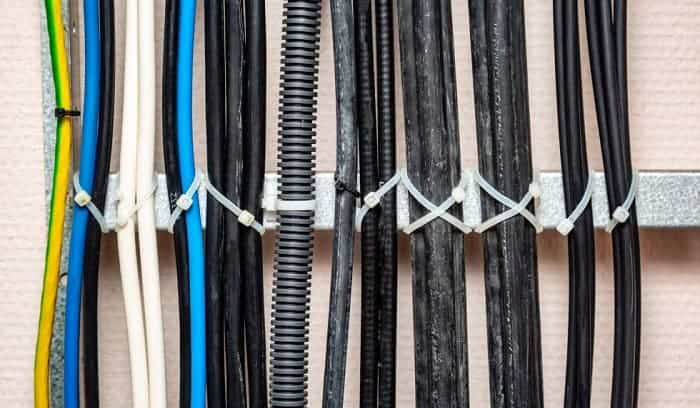 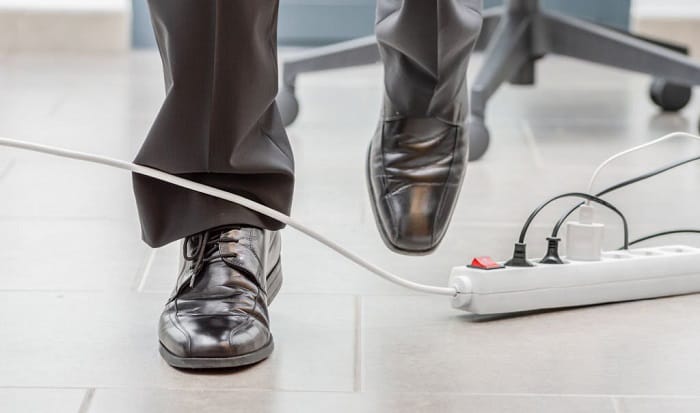 How to Hide Electrical Cords in the Middle of the Room: 3 Ways

The electrical cords we use for our appliances are some of the most common problems in a house. Aside from looking sloppy on carpet and floors, they can also take …